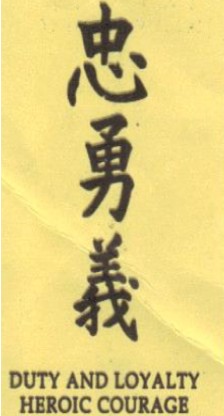 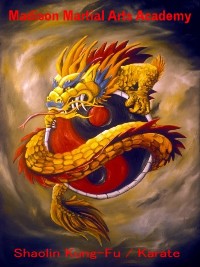 Shiatsu, also known as acupressure, is a finger pressure massage technique that is sometimes confused with acupuncture. Shiatsu massage therapy and acupuncture are founded on the Chinese meridian system. The therapist applies pressure with his thumbs, finger, and palms to specific areas of the client's body that have been determined during an assessment period prior to the massage session. There are no needle pokes involved with Shiatsu. Massage techniques like tapping, squeezing, rubbing, and applied pressure are applied along the meridians to unblock energy blockages and reintroduce the optimal flow of ki.

Shiatsu was developed in Japan by Tokujiro Namikoshi. As a boy, he discovered that by using a simple thumb pressing technique, he was able to heal his mother of rheumatoid arthritis. This experience sparked a life-long devotion to exploring, developing and refining his techniques.

Namikoshi mapped out the points on the body that stimulate the body’s anatomical systems when pressure is applied with the thumbs. (For some points, the fingers or palms are used). Specific patterns are used to promote the body to use its natural powers to balance, regulate and heal itself.

Namikoshi systemized his techniques and methods so that he could teach others. His methods are taught at the Japan Shiatsu College in Tokyo, which he founded in 1940. The Shiatsu techniques developed by Namikoshi are recognized by the Japanese Ministry of Health as a distinct and effective therapy.

Qigong (pronounced "chee-gung," also spelled chi Kung) is translated from the Chinese to mean "energy cultivation" or "working with the life energy." Qigong is an ancient Chinese system of postures, exercises, breathing techniques, and meditations. Its techniques are designed to improve and enhance the body's qi. *=According to traditional Chinese philosophy, qi is the fundamental life energy responsible for health and vitality.

Qigong originated before recorded history. Scholars estimate qigong to be 5000–7000 years old. Tracing the exact historical development of qi gong is difficult, because it was passed down in secrecy among monks and teachers for many generations. Qigong survived through many years before paper was invented, and it survived the Cultural Revolutions in China of the 1960s and 1970s, which banned many traditional practices.

Qigong has influenced and been influenced by many of the major strands of Chinese philosophy. The Taoist philosophy states that the universe operates within laws of balance and harmony, and that people must live within the rhythms of nature—ideas that pervade qigong. When Buddhism was brought from India to China around the seventh (17th) century A.D., yoga techniques and concepts of mental and spiritual awareness were introduced to qigong masters. The Confucian school was concerned with how people should live their daily lives, a concern of qigong as well. The martial arts were highly influenced by qigong, and many of them, such as t'ai chi and kung fu, developed directly from it. Traditional Chinese medicine  also shares many of the central concepts of qigong, such as the patterns of energy flow in the body. Acupuncture and acupressure use the same points on the body that qigong seeks to stimulate. In China, qigong masters have been renowned physicians and healers. Qigong is often prescribed by Chinese physicians as part of the treatment.

Due to the political isolation of China, many Chinese concepts have been shrouded from the Western world. Acupuncture was "discovered" by American doctors in the 1970s, although it had been in use for thousands of years. With an increased exchange of information, more Americans have gained access to the once-secret teachings of qigong. In 1988, the First World Conference for Academic Exchange of Medical Qigong was held in Beijing, China, where many studies were presented to attendees from around the world. In 1990, Berkeley, California, hosted the First International Congress of Qigong. In the past decade, more Americans have begun to discover the beneficial effects of qigong, which motivate an estimated 60 million Chinese to practice it every day.

* In Chinese thought, qi, or chi, is the fundamental life energy of the universe. It is invisible but present in air, water, food and sunlight. In the body, qi is the unseen vital force that sustains life. We are all born with inherited amounts of qi, and we get acquired qi from the food we eat and the air we breathe. In qigong, the breath is believed to account for the largest quantity of acquired qi, because the body uses air more than any other substance. The balance of our physical, mental, and emotional levels also affect qi levels in the body.

In thought qi travels through the body along channels called meridians. There are 12 main meridians, corresponding to the 12 principal organs as defined by the traditional Chinese system: the lung, large intestines, stomach, spleen, heart, small intestine, urinary bladder, kidney, liver, gall bladder, pericardium, and the "triple warmer," which represents the entire torso region. Each organ has qi associated with it, and each organ interacts with particular emotions on the mental level. Qigong techniques are designed to improve the balance and flow of energy throughout the meridians, and to increase the overall quantity and volume of qi. In qigong philosophy, mind and body are not separated as they often are in Western medicine. In qigong, the mind is present in all parts of the body, and the mind can be used to move qi throughout the body.

Yin and yang are also important concepts in qigong. The universe and the body can be described by these two separate but complementary principles, which are always interacting, opposing, and influencing each other. One goal of qigong is to balance yin and yang within the body. Strong movements or techniques are balanced by soft ones, leftward movements by rightward, internal techniques by external ones, and so on.

There are thousands of qigong exercises. The specific ones used may vary depending on the teacher, school, and objective of the practitioner. Qigong is used for physical fitness, as a martial art, and most frequently for health and healing. Internal qigong is performed by those wishing to increase their own energy and health. Some qigong masters are renowned for being able to perform external qigong, by which the energy from one person is passed on to another for healing. This transfer may sound suspect to Western logic, but in the world of qigong, there are some amazing accounts of healing and extraordinary capabilities demonstrated by qigong masters. Qigong masters generally have deep knowledge of the concepts of Chinese medicine and healing. In China, there are hospitals that use medical qigong to heal patients, along with herbs, acupuncture, and other techniques. In these hospitals, qigong healers use external qigong and design specific internal qigong exercises for patients' problems.

There are basic components of internal qigong sessions. All sessions require warm-up and concluding exercises. Qigong consists of postures, movements, breathing techniques, and mental exercises. Postures may involve standing, sitting, or lying down. Movements include stretches, slow motions, and quick thrusts, jumping, and bending. Postures and movements are designed to strengthen, stretch, and tone the body to improve the flow of energy. One sequence of postures and movements is known as the "Eight Figures for Every Day." This sequence is designed to quickly and effectively work the entire body, and is commonly performed daily by millions in China.

Meditations and mind exercises are used to enhance the mind and move qi throughout the body. These exercises are often visualizations that focus on different body parts, words, ideas, objects, or energy flowing along the meridians. One mental exercise is called the "Inner Smile," during which the practitioner visualizes joyful, healing energy being sent sequentially to each organ in the body. Another mental exercise is called the "Microscopic Orbit Meditation," in which the practitioner intently meditates on increasing and connecting the flow of qi throughout major channels.

Discipline is an important dimension of qigong. Exercises are meant to be performed every morning and evening. Sessions can take from 15 minutes to hours. Beginners are recommended to practice between 15–30 minutes twice a day. Beginners may take classes once or twice per week, with practice outside of class. Classes generally cost between $35–$45, per session.

Qigong should be practiced in a clean, pleasant environment, preferably outdoors in fresh air. Loose and comfortable clothing is recommended. Jewelry should be removed. Practitioners can prepare for success at qigong by practicing at regular hours each day to promote discipline. Qigong teachers also recommend that students prepare by adopting lifestyles that promote balance, moderation, proper rest, and healthy diets, all of which are facets of qigong practice.

Beginners should learn from an experienced teacher, as performing qigong exercises in the wrong manner may cause harm. Practitioners should not perform qigong on either full or completely empty stomachs. Qigong should not be performed during extreme weather, which may have negative effects on the body's energy systems. Menstruating and pregnant women should perform only certain exercises.

Side effects may occur during or after qigong exercises for beginners or for those performing exercises incorrectly. Side effects may include dizziness, dry mouth, fatigue, headaches, insomnia, rapid heartbeat, shortness of breath, heaviness or numbness in areas of the body, emotional instability, anxiety, or decreased concentration. Side effects generally clear up with rest and instruction from a knowledgeable teacher.

Western medicine generally does not endorse any of the traditional Chinese healing systems that utilize the concept of energy flow in the body, largely because this energy has yet to be isolated and measured scientifically. New research is being conducted using sophisticated equipment that may verify the existence of energy channels as defined by the Chinese system. Despite the lack of scientific validation, the results of energy techniques including qigong and acupuncture have gained widespread interest and respect. One California group of qigong practitioners now conducts twice-yearly retreats to improve their skills and energy level. Furthermore, qigong masters have demonstrated to Western observers astounding control over many physical functions, and some have even shown the ability to increase electrical voltage measured on their skin's surface. Most of the research and documentation of qigong's effectiveness for medical conditions has been conducted in China, and is slowly becoming more available to English readers. Papers from the World Conferences for Academic Exchange of Medical Qigong are available in English, and address many medical studies and uses of qigong. A video is now available that presents the basic concepts of medical qigong as well as specific exercise prescriptions for the treatment of breast cancer. The exercise prescriptions consist of movements, postures, visualizations, and positive affirmations.

In terms of mainstream research in the United States, the first ongoing long-term study of qigong began in 1999 at the Center for Alternative and Complementary Medicine Research in Heart Disease at the University of Michigan; it focuses on the speed of healing of graft wounds in patients undergoing coronary bypass surgery. The National Center for Complementary and Alternative Medicine (NCCAM) has been funding studies of qigong since 2000. The first such study was conducted by a researcher in Arizona with patients using heart devices (pacemakers, etc.).

The breathing techniques of qigong are being studied intensively by Western physicians as of 2003 as a form of therapy for anxiety-related problems and for disorders involving the vocal cords. Qigong is also being used in the rehabilitation of patients with severe asthma or chronic obstructive pulmonary disease (COPD).

* =The above is in thought, and techniques, therapy and Not a Religion supported by Grandmaster Michael Neal